Uh oh, I'm using pears again! What is it with me and pears, you wonder? I like them more than apples. There, I said it. Apples can take a long hike off a short pier. Not really. Apples are good too. Most fruit is fairly delish. Except raisins. Don't even try to be giving me raisins.

Moving on. With all of these pears coming out of my ears again, I had to find a new recipe. And this one popped up on Baking Bites for Breton Apple Cake. So of course I swapped the apples for pears - and voila! 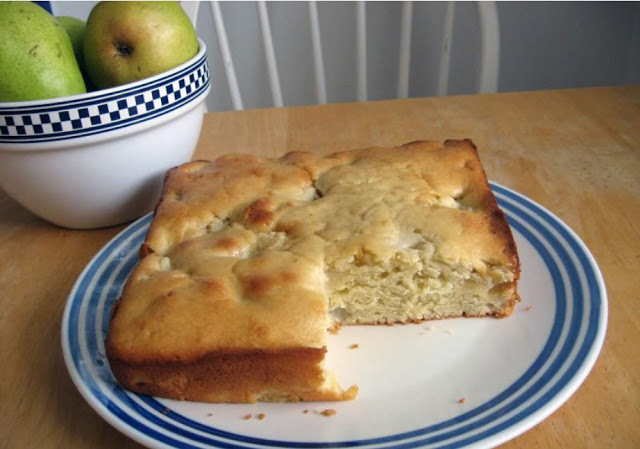 This recipe also asks for a springform pan, and while I'm sure that creates a prettier cake, it doesn't make it any more delicious. As I don't currently own a springform pan, my regular square one stepped up to the plate. I am also lazy and did not feel like sprinkling with powdered sugar. Sue me, I had only just cleaned the dang sifter thingy, I didn't want to have to clean it again!


Preheat oven to 350F and lightly grease a 9-inch springform pan (or you can just use a square pan like me).

In a large bowl, cream together butter and sugar until light and fluffy. Beat in egg yolks, followed by the vanilla extract and the yogurt. Sift in flour, baking powder and salt and mix just until all ingredients are well combined and no streaks of flour remain. Batter will be quite thick.
In a medium bowl, beat egg whites to stiff peaks. Stir about half of the egg whites into the cake batter (you can use an electric mixer on “low” to stir) to lighten the batter, then gently mix in the remaining egg whites. Fold in pear slices.

Bake for 45-50 minutes, until cake is golden brown and a toothpick inserted near the center comes out with only moist crumbs attached.

Cool for at least 40 minutes before serving.

Cake can be eaten warm or at room temperature. 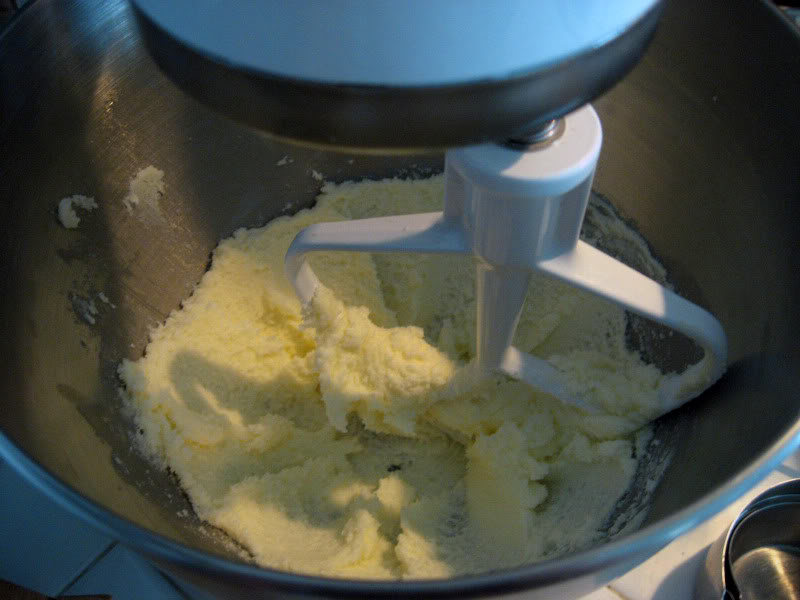 The butter and sugar. 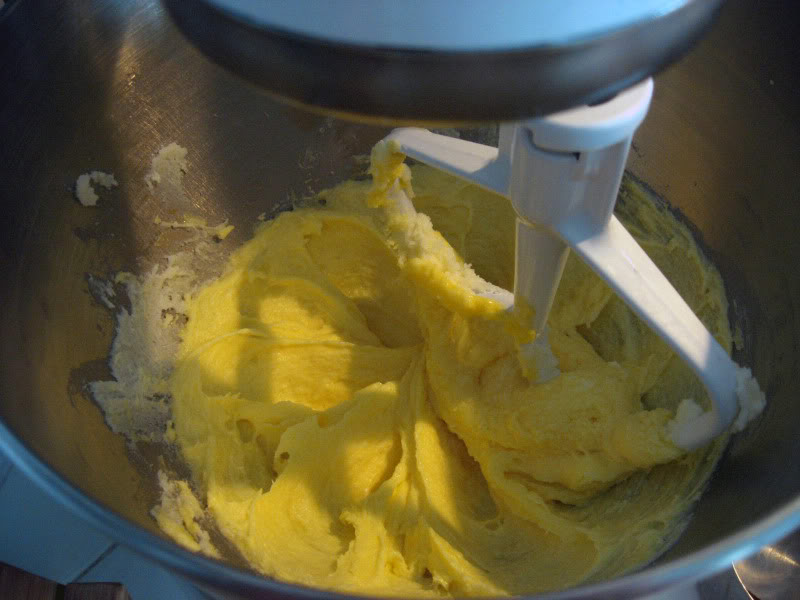 Add some egg yolks and it starts to get very yellow.

And then kinda watery with the addition of the vanilla and yogurt. I only had vanilla flavored yogurt, rather than plain, and I think it actually made this taste even better. And looking back, I may actually have used 1/2 cup rather than 1/4. Whoops! Oh well, it turned out fine. 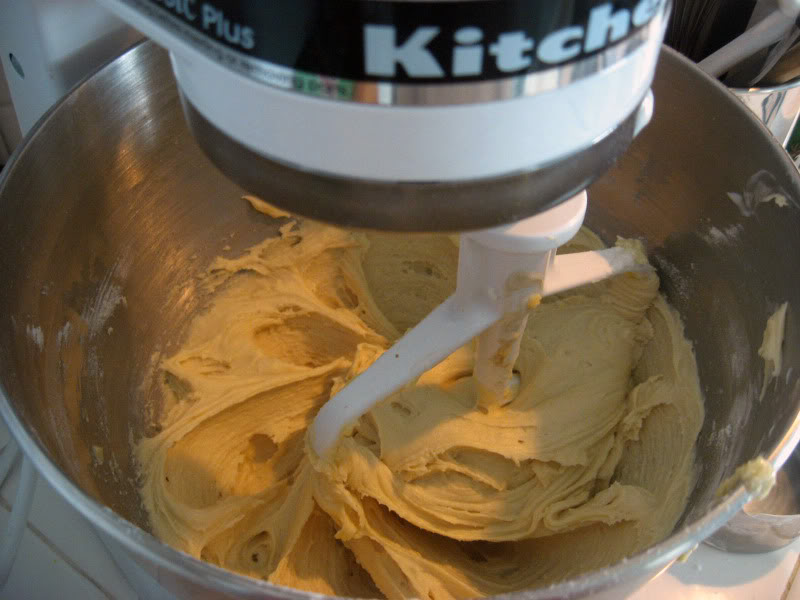 Adding in the other dry ingredients, it looks like most dough does. 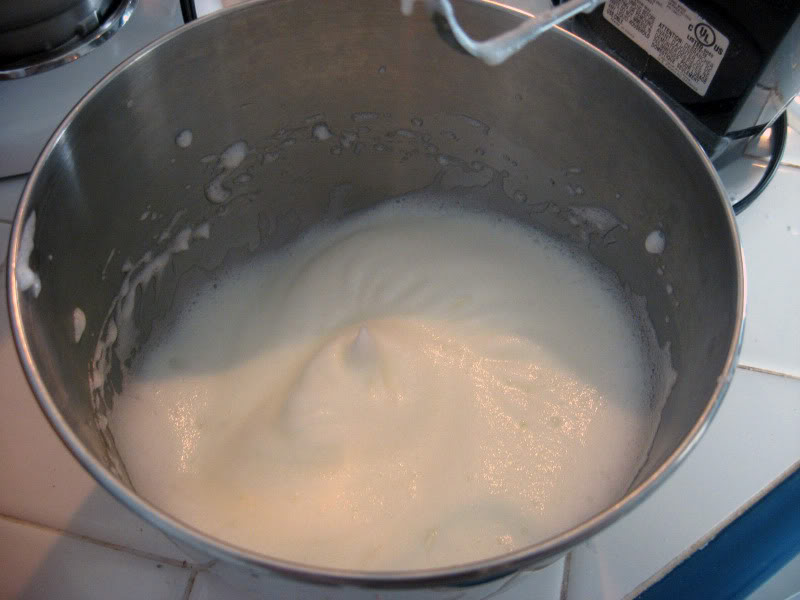 Time to beat up some egg whites. I actually made sure to beat these long enough this time. But you know what, I am rather lazy when it comes to this stuff. Because having to dirty multiple mixers is just annoying. 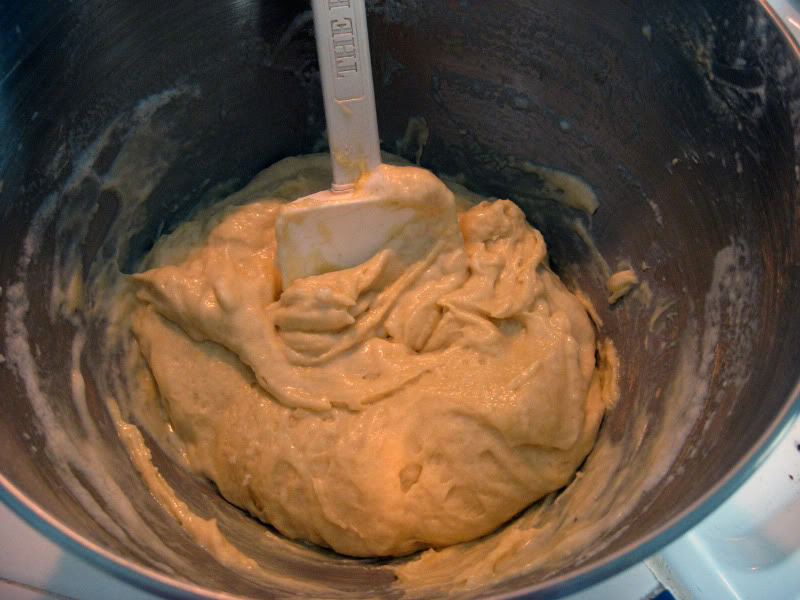 The egg whites mixed in. Doing it by hand at this point. 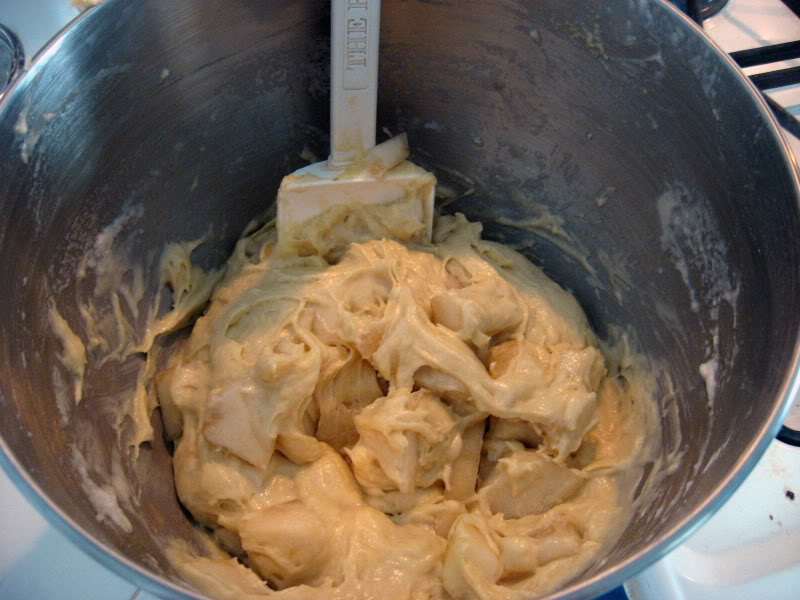 And the pear bits. I would've like a little more pear, but probably only half of another one, because the ones I have are quite large. And as I didn't want to eat another pear when I'd be eating this pear cake later... well. Less pear in the cake. I told you I was lazy. 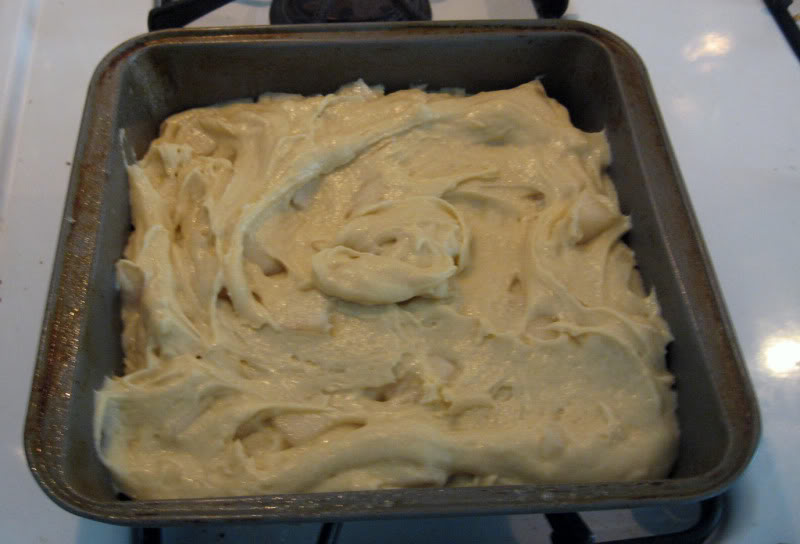 Batter in the lightly greased pan! 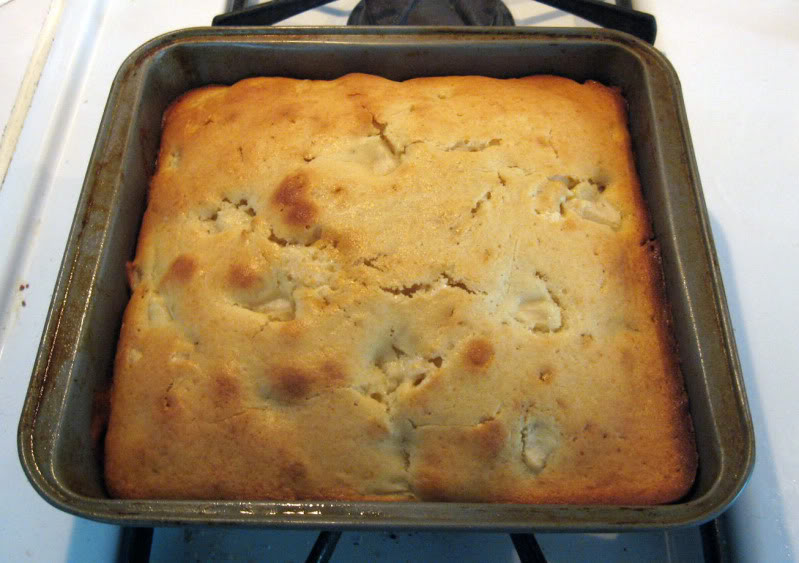 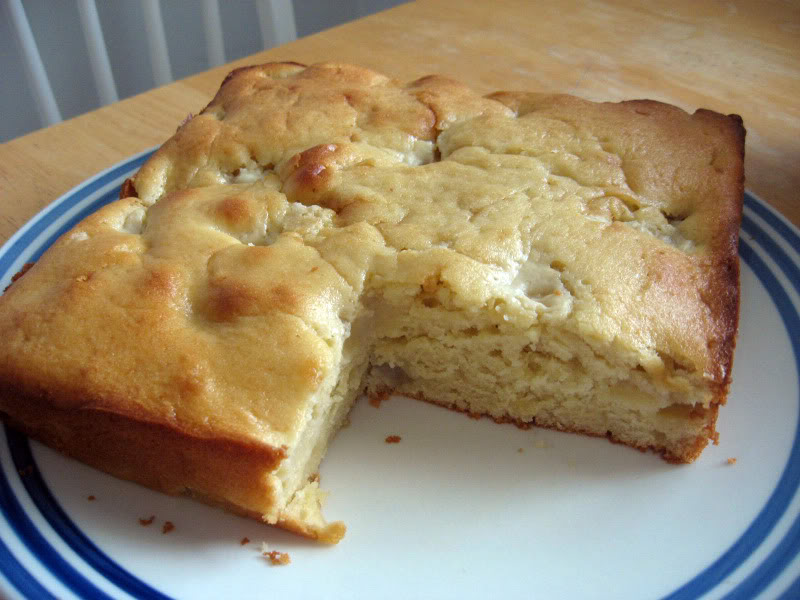 It's quite delicious, I must say. Very moist. It does start to lose some of its moistness after a couple of days, though, so it's not something to keep lying around too long. It's also very filling, so though you may want to eat it all up in a jiffy, your stomach will say nooo.


- Coffee Cake Muffins
Have I ever discussed my distaste for grocery shopping? I think perhaps this is inherited, because my mom hates it too. Though, I do think maybe if the grocery stores I liked to go to weren't so damn crowded all the time, it wouldn't be quite...

- Honey Wheat Pound Cake
Sometimes I sit on my table and eat things while looking out the window. I mean, this is normal, right? Oh look gold toenails! Sorry if you have some aversion to feet. That's my foot. Get over it. I was eating on the table and decided photographic...

- Cream Cheese Pound Cake
Blah. Blah blah. Blah blah blah. Oh wait. I'm supposed to be writing something fun and exciting and cool and blogger-y here, not just going with my dummy text! Yes, all of my dummy text in any form of writing consists of some form of "blah blah."...

- Yogurt Cake
Confession time: I don't like peaches. In fact, I might call them gross and do an exaggerated nose wrinkle when faced with them. Peach yogurt gets the same reaction. I don't care if it's just sugary yogurt with a hint of peach flavor, when...

- Pear Crisp
What's this? It's Valentine's Day? I should be showing you something chocolate-y? Pish posh. Fruit! Fruit is where it's at! Let's face it, not everyone in the world is in love with chocolate. I know, they're certainly crazy, but...