Sometimes, things just sound better than they actually turn out to be. For me, red velvet ice cream sounds pretty amazing, but in practice is only okay. But you know what, I'm pretty sure this is only me, because I seemed to forget that I don't actually like chocolate ice cream in any form. 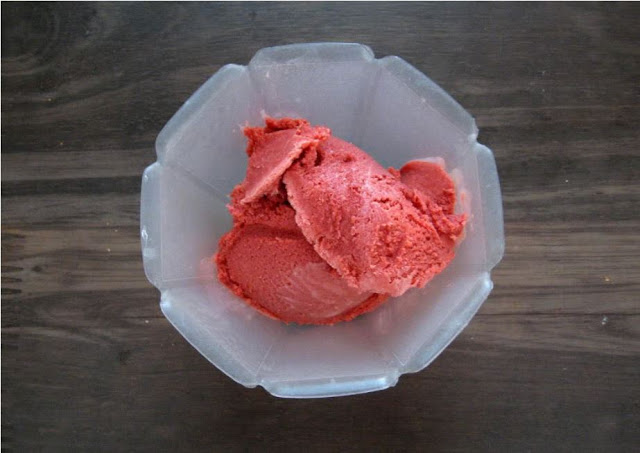 If faced with a choice between chocolate and vanilla ice cream, I will invariably always choose vanilla. Always. Chocolate or strawberry ice cream? Strawberry, though let's be honest, I'd still prefer vanilla here too. Unless it's a milkshake, and then strawberry would be the winner. It's a confusing place in my brain, I guess, but there you have it. My taste buds are dessert specific, and they don't like chocolate ice creams!

That being said, if you are one of the untold millions who does like chocolate ice cream, then heck, you'll probably like this about 100 times more than I did. I also suspect I would've liked it even better if I had the patience and/or time to also make a batch of cream cheese-y ice cream and do some swirl action, making it taste more like a red velvet cupcake. Because yes, red velvet cupcakes are, in fact, my favorite of cupcakes. Wrap your head around it! 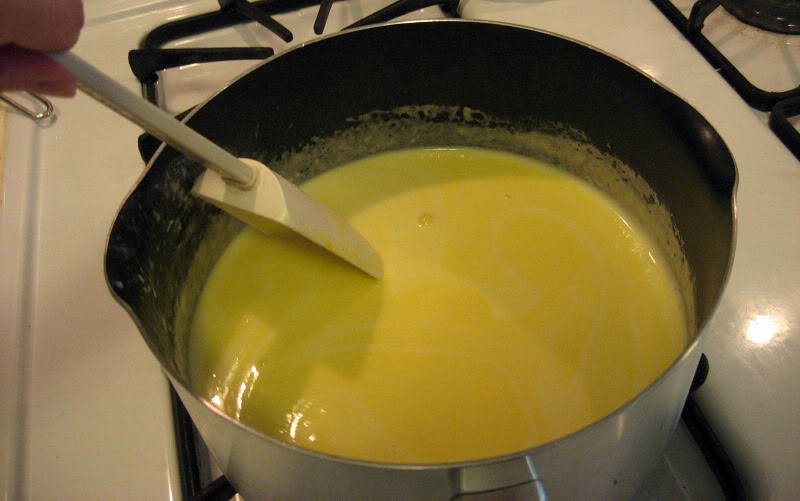 Add them into your cream and keep it on low heat while stirring every now and again. 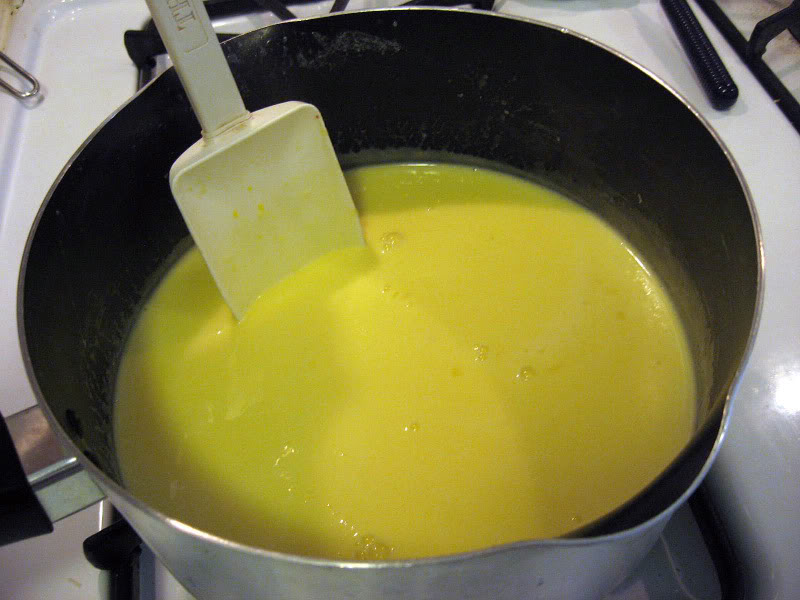 Cook that for a while until it's thick enough to cover the back of your spoon without dripping off too easily. Custard-y! 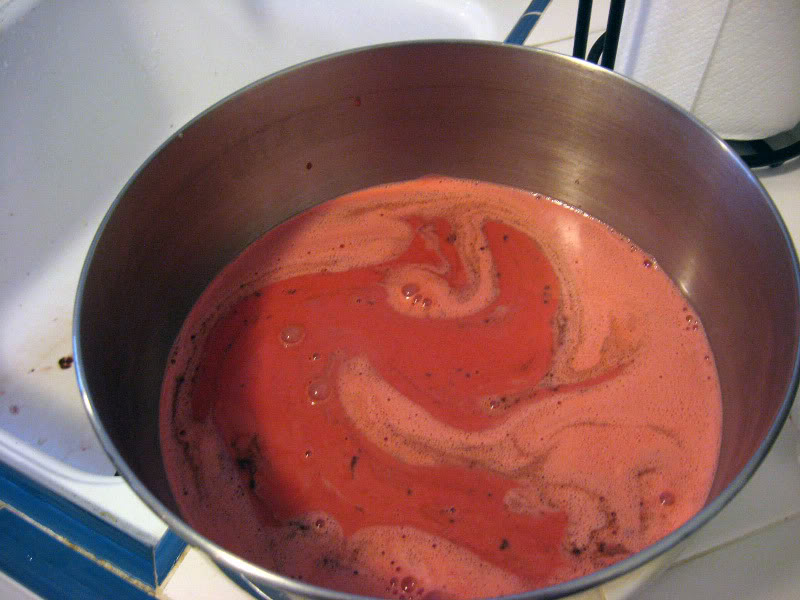 After you've added in the buttermilk, chocolate, vinegar and food coloring, transfer to a bowl. I'm not entirely sure the vinegar is necessary in this recipe, but I went with it. Please note I also strained the stuff in the pot to go into the bowl because I was using powered buttermilk and it's just not great for ice cream recipes due to lots of chunks. So, real, actual buttermilk works better. 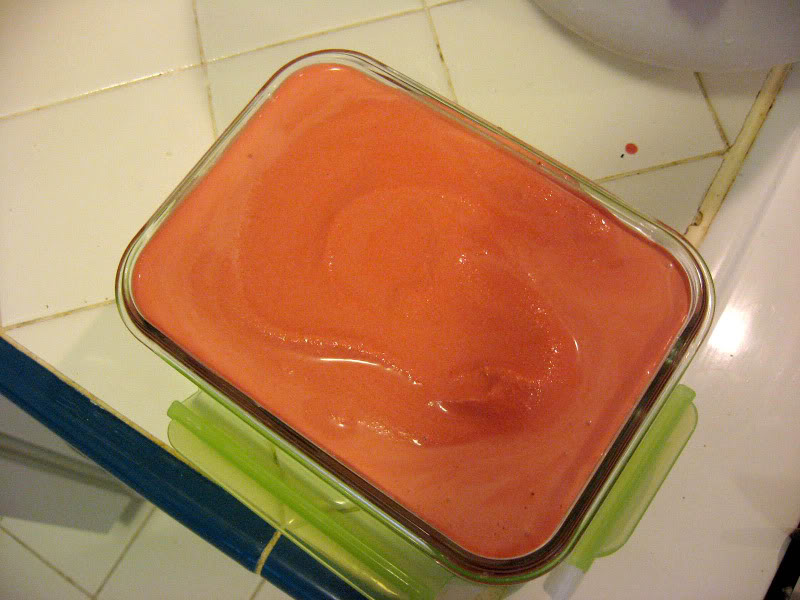 After you've let that stuff above sit for until it's completely cooled in the fridge (I let mine go overnight), put it in your ice cream maker and let it go to work. After you've got yourself some soft serve type ice cream, transfer it to a freezer-safe container with lid. It just fit into that container there. Barely. 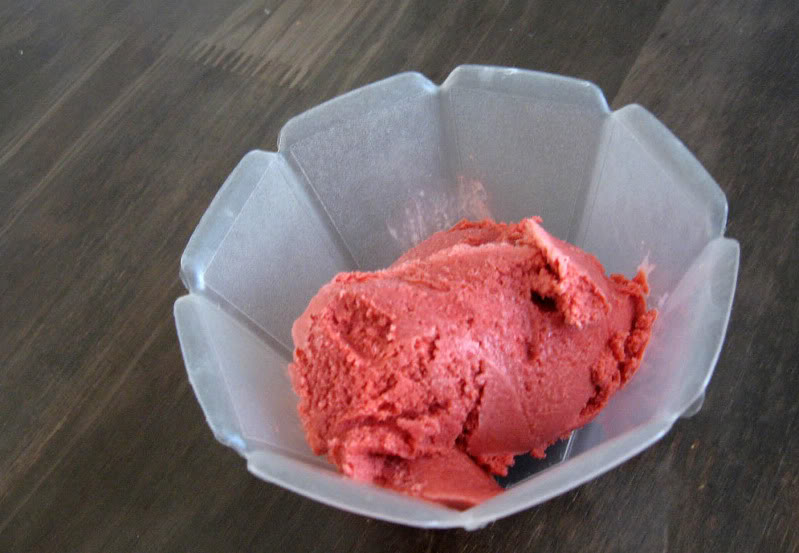 Let it freeze for a while so it can turn into actual real ice cream, and voila! Red Velvet Ice Cream!


- Butter Pecan Ice Cream
You'd think the height of summer would be the time for delicious ice cream recipes, but apparently that's not entirely the case around here! Though, admittedly, it was much hotter the last few weeks in ole Los Angeles than the entirety of the...

- Pumpkin Ice Cream
I know, I know. I've been doing a lot of ice cream recipes on here lately. What can I say, once I start trying something new that I love, I just keep on doing it. This is totally human behavior, yes? Yes. That being said, I know that when it comes...

- Cookie Dough Ice Cream
I've made a few different ice creams now - vanilla bean, red velvet, strawberry buttermilk - but I could tell that this time, this time I did it right. I didn't really know that I'd been doing something wrong in the past, but when the amount...

- Philadelphia Style Vanilla Bean Ice Cream
Can we just all agree right now that vanilla bean ice cream is far superior to french vanilla ice cream? Don't even disagree with me on this, because I will cut you! Not really. You can like french vanilla better, that just leaves more vanilla bean...

- Red Velvet Cupcakes
You know what's funny? This is the first time I'm posting a cupcake recipe! That seems crazy. But it turns out I've just made muffins up until this point. Weird. But the time has come! I was up home in Portland this past week and was put...