As promised, here is my book review of the latest Supernatural tie-in novel, sent to me graciously by Titan Books. I previously reviewed Rite of Passage and interviewed the author of Fresh Meat, Alice Henderson. But enough about that, let's get to why you're here.. the review! 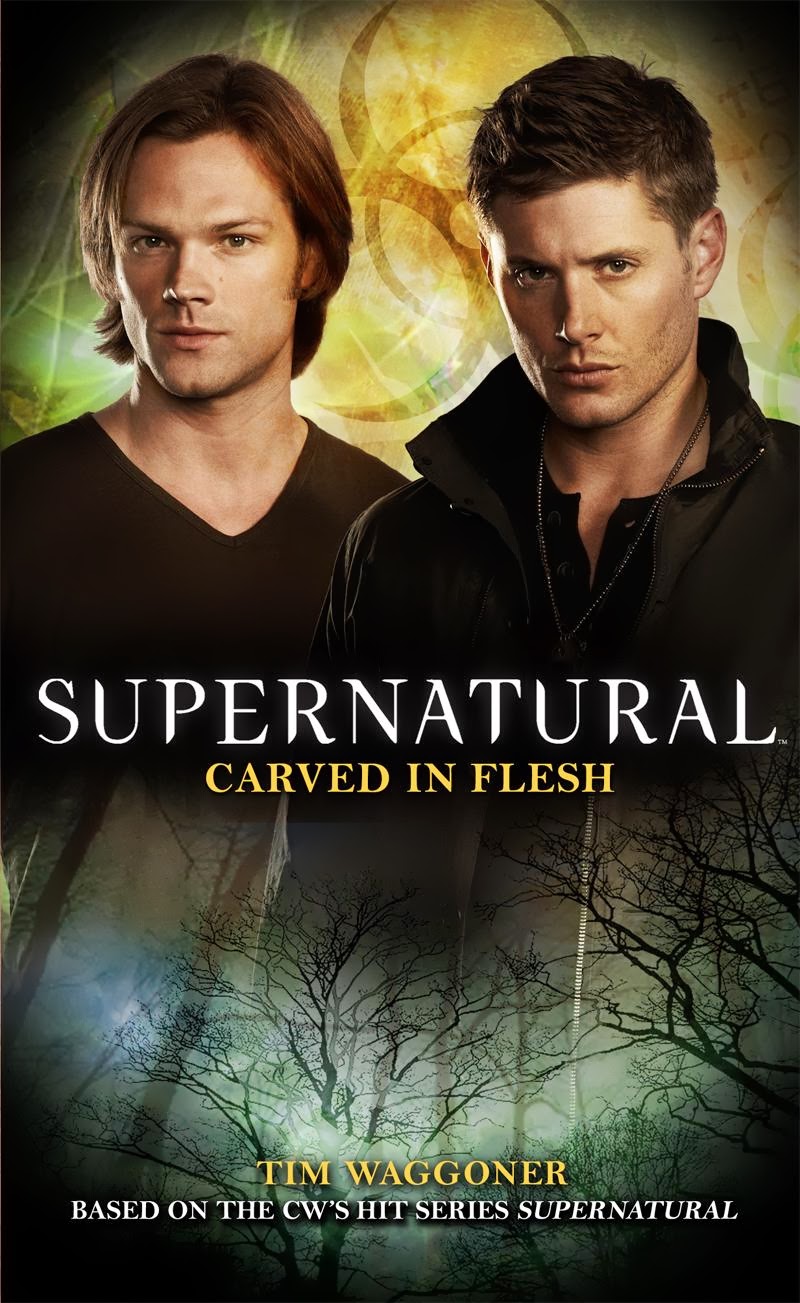 Synopsis: Reported sightings of a hellish hound and the discovery of newly dead desiccated corpses bring Sam and Dean Winchester to Brennan, Ohio. But when they catch the monster canine it turns out to be “Frankenmutt”, a reanimated patchwork of pieces from separate dogs. Soon the brothers are on a trail that leads from mad scientists and biotechnology to a centuries-old alchemists, walking corpses, and an ancient and malevolent power. Set during season 7 between the episodes "Time After Time" and "The Slice Girls."

This book is set during season seven, which means there's talk of the Leviathan and Bobby being dead, and generally all manner of things I didn't much like about season seven. But I suppose that's not the book's fault, it just happens to be the timeline it had to be set during. At least that stuff doesn't overtake the plot, but sometimes it feels like a bit of an afterthought. Oh right, there's these Leviathan, better mention them now before I forget!

First, the positive: This book does a good job at keeping Sam and Dean at the forefront of the story while also mixing in information and detail about the villains, without going too overboard. Perhaps the most compelling part of the entire book, for me, was a flashback story that was told throughout the book in bits and pieces. It relates back to what's going on in the main story well, though maybe a little too on the nose. This may just be because I'm a fan of the adventures of young Sam and Dean, but I enjoyed those flashbacks.

But, the negative: Honestly, I kind of wished the whole story took place in the flashbacks. It took me incredibly long to finish this book, because I just could not get into it, instead basically having to force myself to do it. This is partially because I'm not a huge fan of these tie-in novels, I'm sure, but also? I kind of felt like I've read better bits of fanfiction online. The dialogue didn't ring 100% true for Sam and Dean to me; there were a lot of paragraphs of dialogue exposition, which drives me nuts. That's not to say this isn't an interesting story that would fit on the show itself, because it would, but it was just lacking something ultimately compelling for me. There's this whole thing about Sam slowly getting sick through the book, but it gets resolved super easily in the end. In fact, that may be my problem with most of these novels (at least those that I've read) - everything gets resolved really quickly in comparison to the length of stuff leading up to the conclusion.

TO WIN A COPY OF THE BOOK - Enter the giveaway!

- Interview With Alice Henderson
I have a special treat for everyone today! The folks at Titan were kind enough to hook me up with an interview with the author of the new Supernatural tie-in novel Fresh Meat, Alice Henderson! Check out the interview below, and come back on Monday if...

- Closed: Giveaway! Supernatural: Rite Of Passage
As you may have seen, I recently was given an advance copy of the new Supernatural tie-in novel Rite of Passage by John Passarella to review. I figured, rather than keep it for myself, I'd let one of YOU in on the fun!  Check out my review of...

- Book Review: Supernatural: Rite Of Passage By John Passarella
What's this? A book review? Why yes! I was recently asked if I would like to review one of the upcoming Supernatural companion novels before it comes out, and I figured why not! I think I need to write a disclaimer before I actually review the book,...